Keeping your Gun Safe Free From Moisture – What you Can Do

One of the quickest ways to destroy a weapon without making an effort to do so is by rust. Guns of all kinds are susceptible to rust, something that can quickly render the weapon useless when shooting. If you own a gun safe, it’s important to know your weapons, and how well they’ll handle if the time comes to use them.

Whether or not you’re a regular at your local range or simply want to ensure that you’re prepared in the unfortunate event of an emergency, your storage space for them should be dry. Here’s what you can do to keep moisture away from your weapons. Recommended items are also mentioned. Let’s begin!

Rust is something that’s difficult to beat if you don’t have the proper items to prevent it. Moisture can exist where you think there is none. Truthfully, it’s all around us, even when we think it isn’t. Most homes and apartments today have central heating, which does a good job of keeping residences at a comfortable room temperature.

As a potential negative, this can in turn allow humidity to flourish, depending on the items in your home. For example, a showerhead could create lingering humidity that makes its way into your bedroom, a common location for home gun safes. Although you may not notice it, the tiny water droplets might pass through the safe, especially if you open it often. As a result, rust and mildew could develop and be difficult (and costly) to get out.

And this is where electric dehumidifiers come in. they absorb moisture in a safe with hardly any effort on the owner’s part. There are many variances of them, with some being battery-operated and others featuring an AC adapter. When moisture enters your gun safe, it quickly evaporates by controlling the temperature on the inside.

The ideal number is between 55 and 65 degrees Fahrenheit. This temp not only rids the inside of moisture but prevents condensation from developing. If your gun safe is in a garage, condensation could lead to higher humidity when the weather gets cold or rainy.

For some large gun safes, dehumidifying rods might not be enough to prevent gun-safe humidity. In this case, air could seep out in areas that you don’t see, especially if your guns are stored in a safe that isn’t airtight. Silica Gel Desiccant Packs. You’ve likely seen them before; they’re often used when shipping electronics and other items that could potentially mold, rust, or develop mildew.

When moisture passes nearby the packs, it absorbs them, almost like water to a sponge. When this happens, the water vapor install dries out. Most silica gel packs are sold in abundance. One purchase can get you quite a few to place around your safe. They’re best for people that have lots of compartments in their gun safe. If you’re the type that puts other small items inside, such as jewelry, throw a few desiccant packs in the area to keep things dry.

3. Place the Safe in An Air-Conditioned Room

Although this might seem a bit easy, it’s where a lot of gun owners make the most costly mistake. Always keep your gun safe in an air-conditioned room, if possible. Air conditioning in and of itself is a dehumidifier, with its inventor Willis Carrier understanding that dehumidification played a crucial role in lowering the air temperature.

Heat can be a major source of humidity; storing your safe in an air-conditioned spot will assist you in needing fewer items to rid the inside of the safe from moisture. When doing this, try to keep the safe away from any nearby windows, particularly if you open them a lot.

A safe moisture absorber can come in the form of food. You may have heard of people using dry white rice to get the moisture out of smartphones accidentally submerged in water. While the changes of this restoring a phone is hit or miss, it’ll definitely dry up the air around your safe. A cup of ordinary white rice will do.

Dried rice is a natural desiccant, taking in moisture until it dries out. However, this only works when the rice is in abundance. If you want to keep your safe dry without purchasing any of the items mentioned earlier, dry rice is the easiest, most MacGyver-like way to achieve this.

You’ll have to replace the dried rice eventually but it should last for about the same amount of time as the silica gel packs will. Don’t try this method if you don’t have a seal-proof safe and insects such as ants are around.

Baking soda is often used to treat carpets that have been soiled from liquids. The chemistry of the baking soda absorbs moisture and dries it out very fast. It’s a popular item for floor cleaners for this reason. You might have a box lying in your fridge right now. And in similar results when they’re placed in an area with food, baking soda will rid the air in your safe from them of odor.

If yours smells of gunpowder, this is the right item to eliminate the scent. You’ll clear out the vapor in your safe at the same time. Just be sure that you use fresh baking soda, not one that’s been previously opened in a cooler. As you would do with any refrigerator, simply open up the flap and place it in an area you won’t accidentally spill it.

Light bulbs are another great way to keep the air around your safe at a comfortable temperature. A good humidity level for gun safe can vary if the box is stored in an area with fluctuating temperatures.

While you may enjoy opening your windows, this could let in lots of moisture if you live in a location that rains or snows a lot. A light built is a surefire way to keep condensation at bay. In fact, it’s probably the quickest way to kill off moisture. A 40-watt bulb will do, but most won’t need to go lower than 30.

Light bulbs in a gun safe are best for areas where the safe temperature must be higher than the outside temperature. Garages come to mind. If you go this route, first make sure that the safe has the capacity to hold the light bulb without touching anything. Then consider your ammunition.

If you store lots of it in your safe, a 25-watt bulb would keep the temperature below 90 degrees Fahrenheit. So long as the climate inside the safe doesn’t change too often, your ammo should be okay beside your weapons in the safe. Furthermore, if you use a sealant around your gun safe, you won’t want the light bulb to melt anything.

Be prepared to drill holes in your safe when a bulb is a must. Many gun safes are built with sheet metal, so a proper drill bit for this is required. A step drill or hole saw can easily puncture through the metal. When doing this, you must seal off the hole completely, preferably with rubber tubing. You probably won’t need to run the light constantly. Only when the temps in your living quarters become unpredictable.

Gun safes are often sealed using several different items and techniques. The most popular is rubber, which is often built into the door of the safe by the company. Some safes may contain other sealants such as caulk or ceramic. Many of these products will form a protective seal against not only humidity but fire as well.

When shopping for a new gun safe, take a moment to check your product of interest’s seal along with the door and its hinges. To keep a proper seal, there should be as few openings to the outside as possible. A safe with a good sealant system creates an airtight lock that lets in no moisture until opened.

There’s no point in using a gun safe or dehumidifiers if you’re unaware of what the humidity level is inside the box. A digital hydrometer will do the trick. With this, you can check your safe’s temp and humidity for as long as the battery works on the device. 50% humidity is the standard number that your hydrometer should gauge. Keep the percentage close to here, and no rust will ever develop in your safe.

The larger your gun safe, the better your hydrometer should be. Don’t settle for the tiny devices one would place in a tiny cigar case; you want something that’s guaranteed to give you an accurate reading. Place it somewhere in the front of your safe, close to the door. The center area is best. Some hydrometers may feature suction cups or clips that allow them to suspend from the wall of your safe. There are lots of brands sold, with some built specifically for gun safes.

If you want your safe to remain healthy for your weapons, it takes a bit of work. How much work that’s needed can change according to the outside temperature, as detailed earlier.

Gun safes oftentimes have many of the features shown prior. Yet it’s still a good idea to run through your safe and check for any possible outlets to moisture. There’s no quicker way to ruin a rifle, pistol, or ammunition than their improper storage. You can prevent this with dehumidifiers, no matter what form they take! 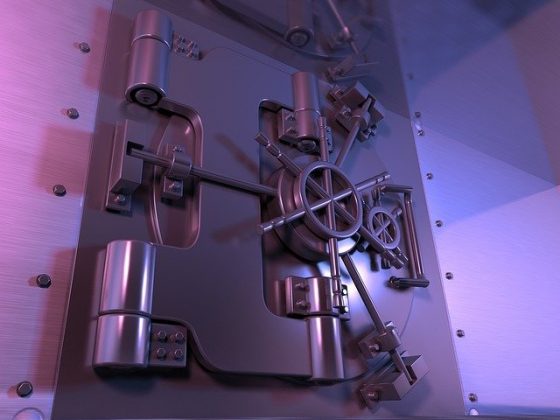 How to Store Important Documents at Home 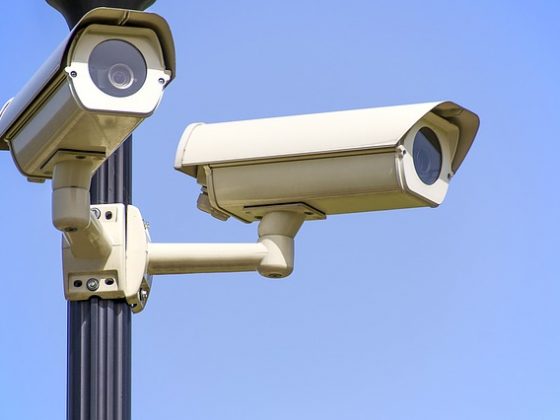