5/5 - (4 votes)
Disclosure: As an Amazon Associate I earn from qualifying purchases at no cost to you.

Pellet grills are the thing nowadays. They cook consistently and are much less messy than charcoal cookers. All this popularity has caused manufacturers to flood the market with all kinds of models. It’s time we cull the herd.

We tested dozens of grills that claimed to be the champ. When the hickory smoke cleared, we were left with two. One is the best pellet grill on the market, and the other is the best for tailgating and tighter budgets. Which one is for you? Take a look at Rec Tec vs GMG Green Mountain pellet grills and make the decision.

The Trailblazer may be the best pellet grill smoker combo for you if you are in the market for a premium high-end all-in-one backyard cooker. You can do all kinds of cooking with its 200-500 degree temperature range.

It’s the king, there’s no doubt about it. Rec Tec spared no expense in the Trailblazer’s design and construction. That makes it expensive compared to all other pellet smoker grills, even though it’s actually one of Rec Tec’s cheapest.

What Customers Are Saying

Online reviews by people who use the Trailblazer are overwhelmingly positive. Grillers love that they can monitor and control the temperature via the smartphone app.

And those who cook big meals in it rave about how the dual cooking zones, each with its own temperature probe, let them cook two different cuts of meat to different temps at the same time. No one really likes moving it around, though. It feels like it’s going to tip.

Rec Tec’s Trailblazer is a high-tech and high-end smoker grill combo that can perform almost any type of cooking. It’s user-friendly and gives the backyard chef total control of the temperature. If you have the money to spend on it, it will last through many years with few problems. 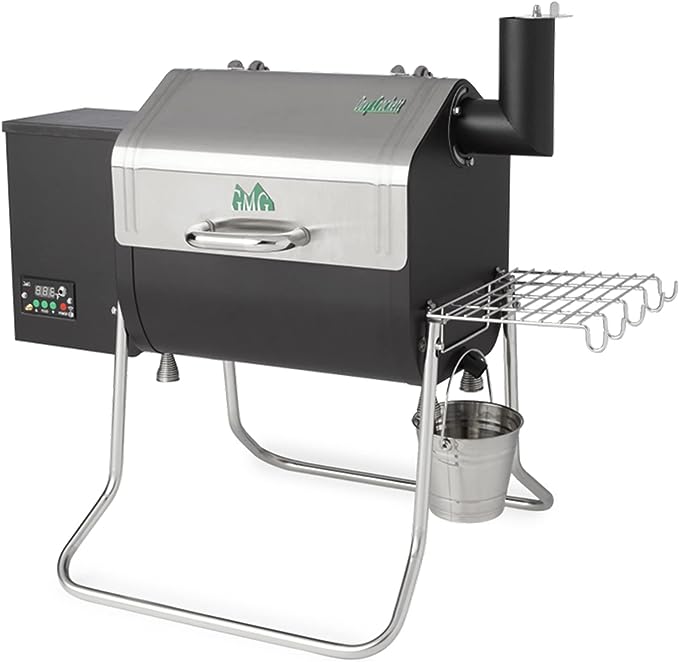 This one is an awesome grill for tailgating. But it’s also good for anyone looking for the best pellet grill on a budget. It is compact, folds up easily, and can be had for about $310. That’s affordable enough to be a second grill just for camping or taking along wherever.

What Customers Are Saying

People really love this unit, both backyard chefs and campers. Everyone appreciates that assembly requires only Phillip’s head screwdriver and literally a few minutes.

And it’s not top-heavy like the Trailblazer. The main complaint we came across was the temperature controller issue. Aside from that, there are very few gripes to be found in online reviews.

At the end of the day, this is an awesome pellet smoker grill combo that is affordable on almost any budget. It is the best choice for fugal chefs and outdoor folks. We really hope that Green Mountain fixes that electronics issue though.

We couldn’t pick just one. So we went with two. Maybe you’ve already made up your mind. And made a choice between Rec-Tec grills vs Green Mountain.

The Rec-Tec Trailblazer is the undisputed top-of-the-line champion of pellet grills. It is solidly constructed out of high-quality steel and will last a lifetime in your backyard. All those high-tech features are actually useful. The pro who wants the absolute best will be delighted with this marvel of grill engineering.

Green Mountain Grills Davy Crockett is also full of useful features. It has a meat probe and fan, just like the Trailblazer, but it’s meant for taking along with you wherever you want to cook. It’s great for tailgating, camping, and picnics.